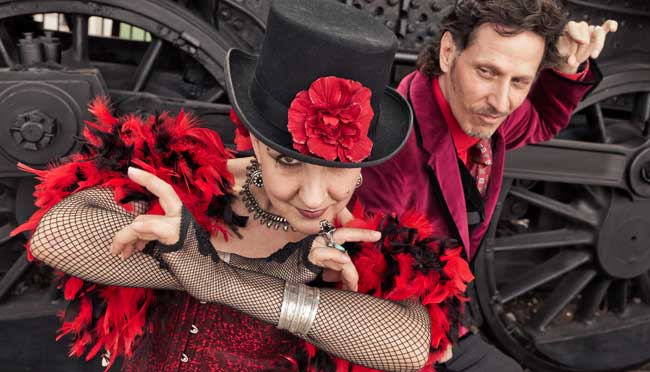 CARNIVAL OF ILLUSION STEP RIGHT UP and get ready to laugh, have fun, and celebrate a magical night out with Carnival of Illusion! This top-rated program is "Revitalizing Magic" by blending an international travel theme with all the charms of a Vaudeville-inspired roadshow. Travel up-close with the national recipients for "Excellence in Magic" and catch a lively slice of magical history! Your hosts have performed as house entertainers at the world's top resorts, Fortune 100 CEOs, to the 200 Most Powerful Women in America. Carnival of Illusion is Magic, Mystery, and OOOH La La! They also have three theaters in the Phoenix valley and all SHOWS SELL OUT! So, be sure to check out the Carnival of Illusion website for ticket availability and show times.

BROADWAY IN TUCSON offers family friendly dinner theater shows in Tucson. Making its debut in 2004, Broadway in Tucson offers exciting performances that are fun for the entire family. Past performances included The Lion King and Mamma Mia! More than 83,000 people have enjoyed the performances offered at this major Tucson facility. 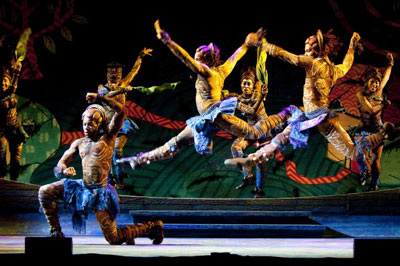 Specializing in comedies and whodunits, this under 100 seat theater makes the most of its location. Shows can be in the round, though more often they're proscenium style with all seats offering a direct view. LIVE THEATRE is also home to Etcetera, their late-night arm offering more racier adult plays. 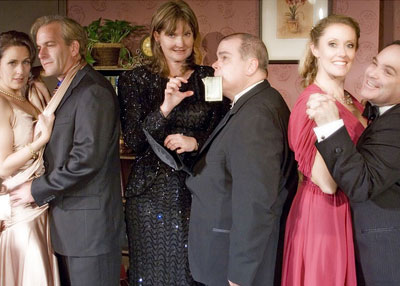 ARIZONA THEATRE COMPANY not only hosts some of the finest dinner theater shows in Tucson but is also the state's theatre company. The plays performed here range from drama and classics to contemporary, as well as musicals and new works. The breathtaking performances are of high quality so be prepared for a night filled with excitement and be sure to check out their many options with nearby restaurants for dinner after the show. 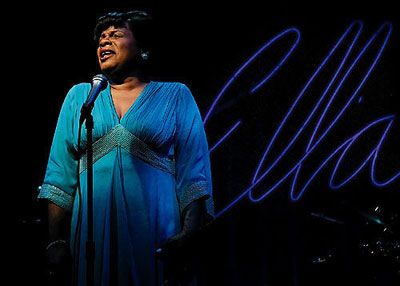 UNSCREWED COMEDY is fun, fast paced improv, where every show is different and keeps you in the local scene. The shows offered at Unscrewed Comedy provide comedians, performers and actors an outlet for their talents with electric performances you can't miss!

LAFFS TUCSON is the first and only comedy club featuring traveling comedians, open mic night, bar, full menu dinner and desserts. The diverse and talented line-up of comedians hosts shows every week, with special events this weekend in Tucson. Spending the evening at Laff's Tucson Comedy Caffe will have you gripping your sides in laughter, but be sure to leave the kids at home as you must be at least 21 years to enter. 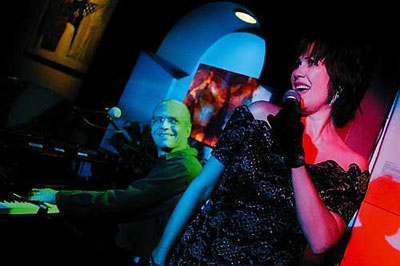 If you're looking for a relaxed evening, check out ARIZONA FRIENDS OF CHAMBER MUSIC. This nonprofit organization offers the world's finest chamber music from contemporary to classic. A special gala dinner is offered to complete your evening. 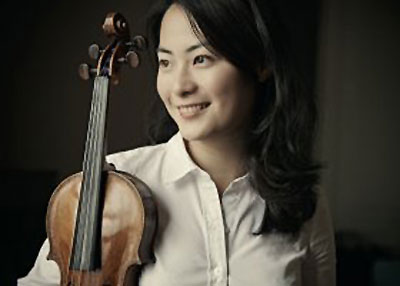 Center for the Arts

This centrally located theater is next to the Tucson Arena downtown and is home to the Tucson Symphony Orchestra and Arizona Opera. Many other wonderful productions take place here throughout the year including dance, comedy, music and theater productions. The patio area in front of the theater is a nice place to relax during intermission, and many productions have beverages and snack items for sale in the lobby. 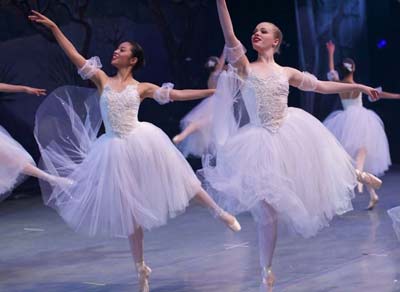 THE FOX THEATRE FOUNDATION was incorporated in 1999 in order to return theatre to the Tucson community. The historic theatre has been fully restored to its former beauty and offers exceptional concerts and performances with national names touring through Tucson.

Part of the University of Arizona, UA PRESENTS offers world class performances, including performing arts, theatre, jazz, classical, dance and more! The full calendar of performances offered have something everyone will enjoy. 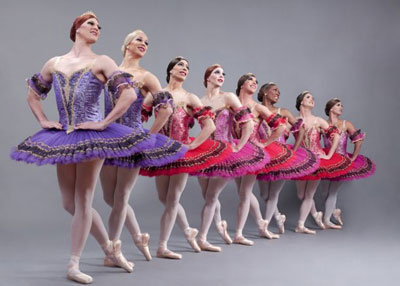 If you're looking for exceptional dinner theater shows in Tucson, you can't miss the TUCSON SYMPHONY ORCHESTRA. Each concert performed is a true work of art of the highest caliber. With more than 400 education and community engagements each year, there's an event for everyone. With rave reviews and multiple dinner partners. 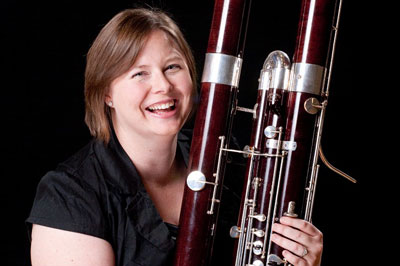 Sometimes nothing but the classics will do. Ballet still stands as the foundation for dance and brings to the stage the embodiment of grace, strength and beauty. Whether you wish to see classic works or adventure into something new and innovative, BALLET ARIZONA is committed to bringing professional ballet to Tucson. 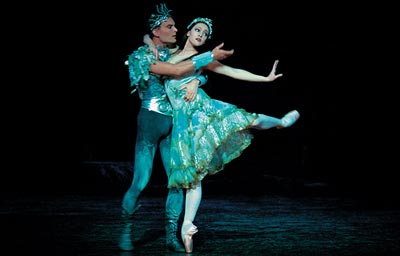 GASLIGHT THEATER is a historical Tucson dinner theater which seats 225 and features various comedy shows with a Southwestern flair. The theater is home to many great comedians, including Tim Gilbert ("The Guy With The Eyes") and Glenda Young. The family-friendly shows offer menu items, including sodas and pizza by Little Tony's diner to make the most of your experience. This dine in theater in Tucson is a party waiting to happen. 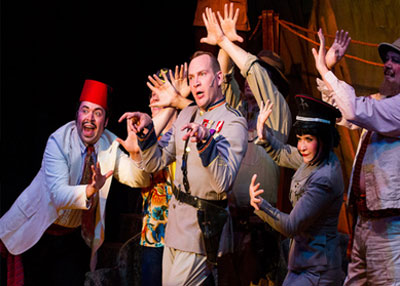 THE INVISIBLE THEATRE started in 1971 as an arena for local playwrights. The theatre has expanded its programs to include adaptations of classics and recent Off-Broadway plays and musicals. The intimate atmosphere of the theatre connects the performers to their audience by an invisible energy; hence, the theatre's name. 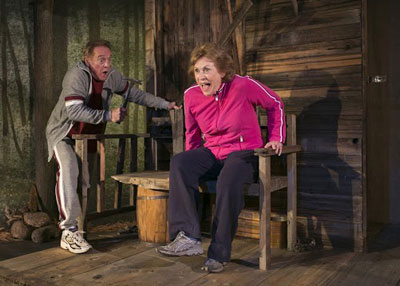 The TUCSON JAZZ SOCIETY is not only home to great jazz music, but dancing, auctions, dinner and great shows you won't forget. The Tucson Jazz Society strives to maintain all things jazz related, including the preservation of jazz as an art form. You won't regret stopping by to listen to the amazing jazz performers. 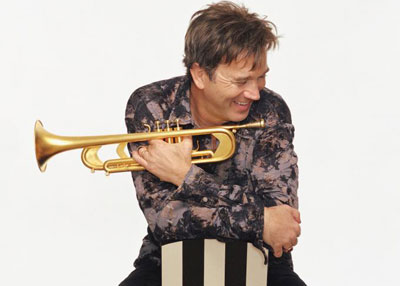 The BERGER PERFORMING ARTS CENTER is located on the Arizona State Schools for the Deaf and Blind campus. The center offers a variety of amazing shows for local entertainment. At the center, you'll find plays, concerts and a number of other performing arts events. 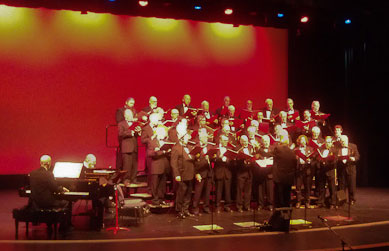 The ROGUE THEATRE is dedicated to theatre for the intellect and for the artist in all of us. While stretching and striving to provide Tucson with the highest class of theatre possible, the Rogue manages to bring a variety of top-class works to their small but powerful stage. This professional theatre company is worth a visit. 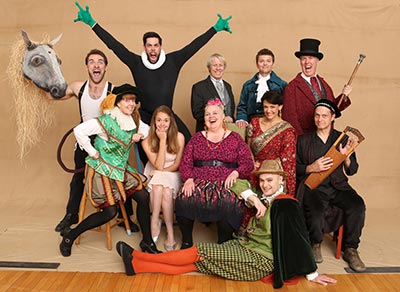 ARIZONA ONSTAGE PRODUCTIONS is a local, non-profit, professional theater company, that thrills its audiences with thought-provoking and sometimes challenging musicals. Working with University of Arizona staff and other local theater professionals, they produce award winning productions that are sure to delight. 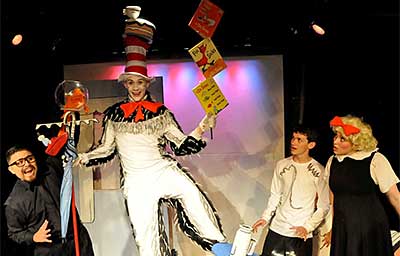 When you are in the mood for movies why not go where you can get it all the bells and whistles. Roadhouse Cinemas serves food and drinks right to your seat because sometimes popcorn just isn't the same as a great burger and a cocktail. The menu is extensive and there is even a happy hour. Enjoy the latest flicks while taking the idea of dinner and a show to a new level. 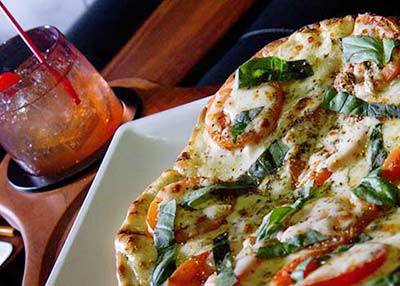 Working with the diverse culture of the U.S./Mexico border region, this professional company explores new and established works. The core voice is that of the Latino/Chicano/Mexicano, but other voices are represented in this theater setting. With over 31 years of productions under their belts, they have forged a unique landscape in the arts community of Tucson. It is the landscape of the border... one where everyone is a citizen of the world.

Located in the heart of downtown Tucson, the Rialto has a mixed bag of shows. There is usually something fun, different and unusual playing at the Rialto. It has been listed on the National Register of historic places and was first conceived in 1910, although it didn't open officially until 1922, at which time it was one of Tucson's first movie theaters. It was converted to a concert venue in 1995 and is host to about 150 events each year.. 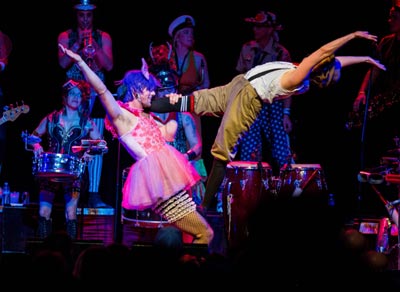 This University of Arizona based theatre serves as the crucible in which students perfect their craft. These young professionals hone their skills with classical and musical works, observing all the hallmarks of a contemporary theater. These ambitious productions leave the students with an honest idea of where they stand as they go out into the professional world of theater and art. They produce five or six productions each year. 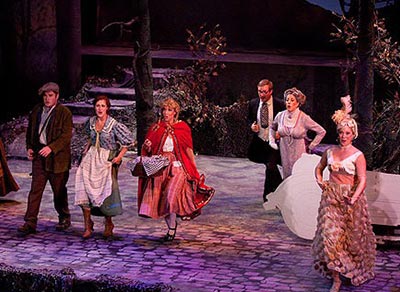 This theatre company started out producing original musicals with a positive theme. And for twenty years they did just that. More recently that have started to add favorites and well-known pieces to their season's line-up including shows like Steel Magnolias and The Rainmaker. After 30 years of growth, they have expanded their mission to include the Arizona Rose Opera Company and the Arizona Rose Youth Theatre, with a sincere desire to support all art forms through production, development and eduction. 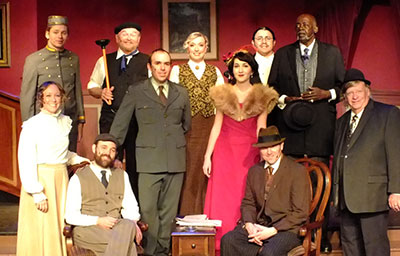 This is improv so it is never the same twice! One never knows what hilarious scene will unfold. This company has Friday and Saturday night shows, as well as a children's matinée. There are family friendly options as well. Several show types include team long form improv, popular movie spoofs and the soapbox, which uses stories from Tucson personalities. There are also improv classes that include a student showcase. Lots of laughs can be had when experiencing this unique form of theatre, so catch a show soon!